Brandon did a fantastic job at hiding the eb this year. He tried to put them somewhere 'important' to the person. 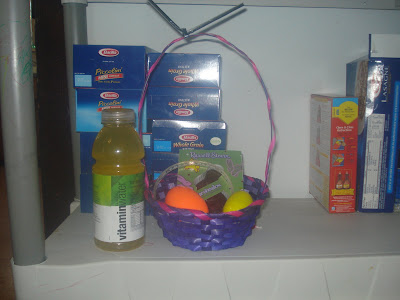 This person likes to pull everything off our storage shelves. They also like to throw the items down into the basement. There are several cans of Pringles there right now. He/She enjoys finding cereal here and standing on top of the boxes. 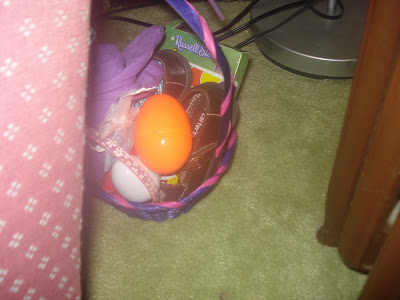 It is especially fun to hide behind this chair in the corner of our living room. It's a perfect little cave to hide in when you feel like coloring the walls a beautiful shade of highlighter yellow. You can also go here when you sneak some forbidden chocolate or gum. Beloved Raindrop comes here a lot. 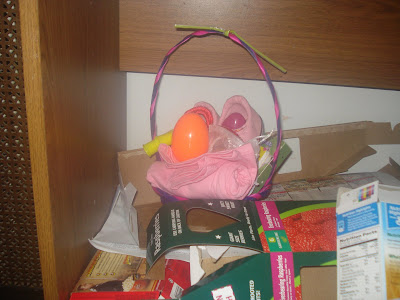 Who doesn't like the paper/cardboard recycling pile?? I fear this one might be too easy. Our eco-friendly recycling composter will find this entirely too quickly.

How well do you know the Cohens? Whose basket is whose?

We met the cousins in Columbus to go to the Temple there. With a pool, business center, hot breakfast and Kroger, we were set. There aren't many pictures to document an actual cousin visitation. These are some of the few. 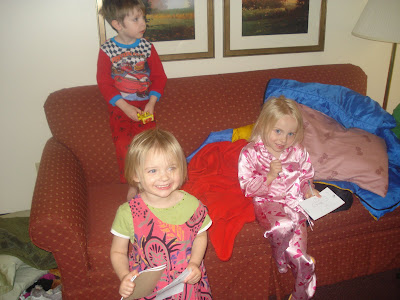 Did you know that hotel paper pads are the COOLEST thing? 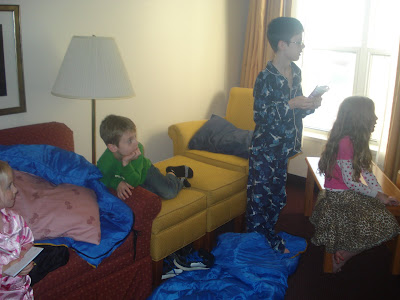 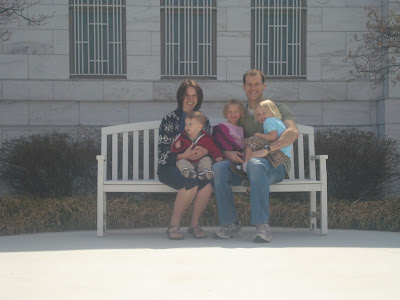 It took a few tries to get this picture right. The first one we have is of me running to pic up Wade. I guess I wasn't fast enough for the timer!! 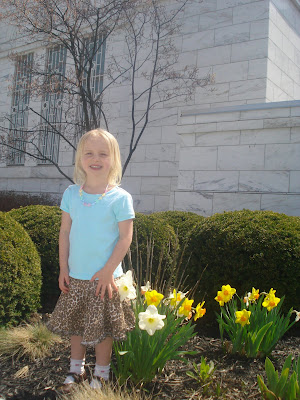 I told Elle to pick a place by the Temple for a picture. She liked the flowers. 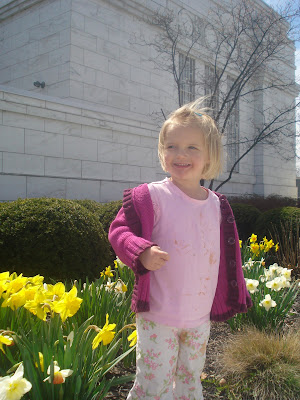 Bryn would have chosen the rock bench, but Elle insisted she was by flowers. Notice Bryn's ketchup clothes from a tasty hot dog. 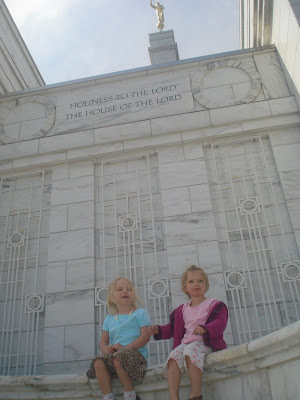 Sisters at the Temple. 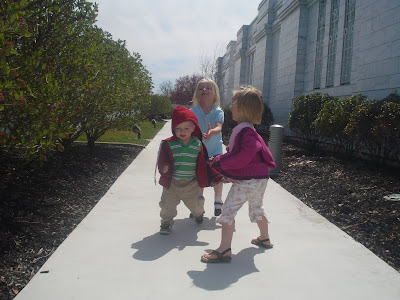 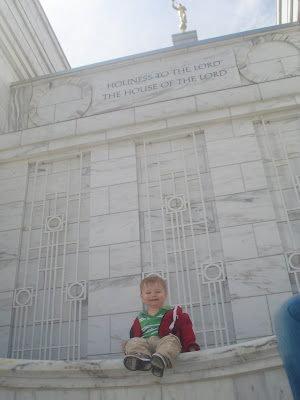 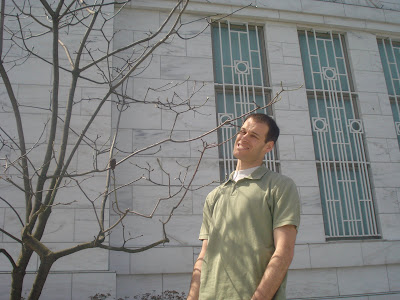 Elle wanted to take a picture of Brandon. She told him to stand RIGHT THERE...and he did.
Posted by Jodie at 4:28 PM 2 comments:

Anyone out there want to come running with me? I started a new Pittsburgh group at SeeMommyRun.com. I'm hoping that this will help me actually get OUT of bed in the morning. Maybe I'll even hear Brandon's alarm go off!

I'm amazed. On March 3rd, I signed up for Swagbucks and now I have $20 in Amazon giftcards. It's that easy. Not bad for just searching. And when you sign up through me, I'd get your swagbucks too and we can get swagbucks (or swashbucks as Brandon likes to call them) together. Once you have 45 swagbucks, you can get a $5 giftcard too. Thanks to Megan, Brandon and Kent for signing up!

We managed to make it to the Millvale Easter Hunt this year and it was a blast. For each preregistered child, they had an Easter basket full of treats and a bag of other goodies. There were also fun games for the kids to play. What I liked most was that they had the 'hunts' separated by age group. The 0-3 group hunt was in the gazebo behind us in the picture and you can see a sign for another age group to the right(ours) of us. Each kid got to have 10 plastic eggs that were filled with candy and Wade was even lucky enough to get a number for a prize. He is now the proud owner of a Ballernia Bunny! 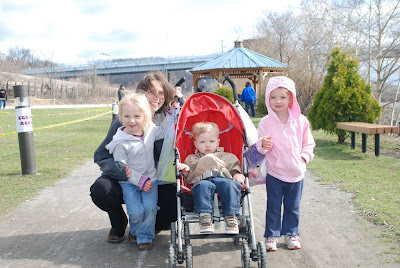 This all went down at the Riverfront park in Millvale. We visit this park at least once a week for bike riding. It is just one very steep hill (Logan street) away from our house. The trail there runs along the river and is very flat which makes riding a bike for a 4 year old and 2 year old (on tricycle) very easy. This trail connects to the fountain between the stadiums and to the Science center. Soon, we'll be able to bike the whole way there!

After seeing this great deal on my reader from hip2save, I headed out to get my paper! Here's the deal:

I paid 6.99/ream of paper. I will get 5.99/ream back by submitting my receipt online. There is no limit to how many reams of paper you can buy. I bought 9. I tried using the Office Depot $10 off $50 purchase coupon, but Staples didn't accept it. Still $1/ream of paper was too good to pass up. So...stock up now!

I also stopped in at Walgreens to get some free chapstick and shaving gel. What a great shopping trip today!

For all my non couponing friends out there, these deals don't require ANY coupons...just go to the store and enjoy these deals...do it...do it NOW!

I decided to create a list of Saturday marathons. It's on my runpittsburgh site. For all the Sunday marathoners out there, that list will be completed soon too. Eventually I'll have a marathon by state section too. Going to all these different marathon websites has gotten me thinking about training for one. I've got to train for the Raymond 10K first...stay focused Jodie!
Posted by Jodie at 5:21 AM 2 comments:

My brother and his wife have started a blog intended to help out families in areas of couponing (a personal favorite), gardening and just plain family life. Check it out!